Vehicles are intricate things. But every once in a while, the car just won’t start. Now, due to its complexity, the source of this issue is not that easy to pin down. However, if you read my blogs, you probably noticed that there is a list of common issues that account for most of these vehicle problems.

One such issue is the car starter. You know that sound you hear as soon as you turn the key. Well, that is the starter motor helping the engine (the big internal-combustion one) with, well, starting. In the sections below, I will try to give you the layman’s version of everything car starter related. Truth be told, this car part is one of the simpler, but If it fails, the whole vehicle is useless. Let get down to the brass tacks.

What Is A Car Starter? 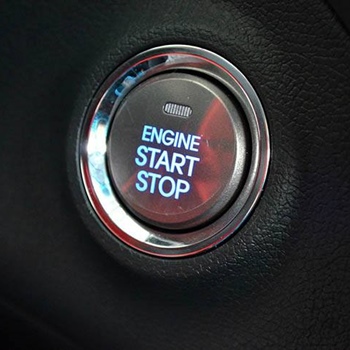 A car starter, also known as a starter motor, is an independent piece of tech under the hood with a single goal – starting the car. Now, despite the fact that this is a fairly simple car part (compared to, let’s say, the engine) if it fails the car won’t start. The starter works together with the car battery to create enough momentum for the engine, while the spark plugs ignite the air-gas mix. But let’s leave the internal combustion concept for another day.

This whole car’s vital organ is consisted of several parts, with each and every part in charge of one, or sometimes even multiple roles:

So, essentially this is what happens: 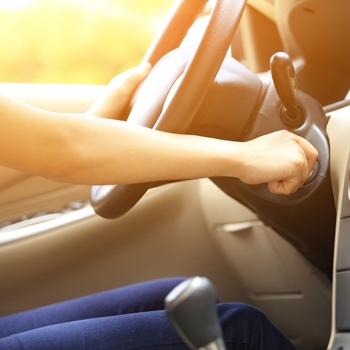 Reasons for starter failure range from light to heavy with each issue showing similar signs. While I cannot educate you on each and every starter issue, I can offer you a list of the most common signs of starter motor misbehavior.

Keep in mind that these issues may tell give you vital info on some other malfunctioning part. If you are not sure how to proceed, it is always a safe option to go to a professional. The most common signs of a car starter going bad are:

Every car part has its life expectancy, and car starters are no exception to the rule. The biggest factor in this equation is none other than – time. As you already know, a starter motor is just that – a motor. And each and every motor has moving parts and bearings. When it comes to starter motors, these are the first to go when time bites down.

Another reason for car starter failure is a faulty battery. Over a longer period of time, a battery that doesn’t provide a steady flow of DC for the starter to use, the starter may start misbehaving. This gets us to the next point: faulty cables and connections.

The contact points inside the starter motor can get burned or disconnected. The solenoid the wires get connected to gets hot. Keeping a heavy-duty machine with a lot of moving parts is a hard task, that is why starter motors have their own shells and special place under the hood.

When it comes to physical damage to the starter, we must mention the brushes as well. The starter is an electrical motor that uses DC to operate. A lot of motors like these have brushed surfaces inside (skipping the technical details on purpose). However, these metal brushes get worn out over time as well, so the starter’s performance starts dropping too.

Lastly, it is important to mention the physical damage that starter engines endure. If you drive off-road often or live in an area with bad asphalt laying all around, bumpy rides can contribute to starter motor damages and, of course, failure to start. SUVs, and bigger vehicles in general, have anti-shock gear under the hood, but if you go on off-road adventures inside an older car model, make sure to check the state under the hood more often. You’d be surprised by how many problems are solved by just reconnecting a cable or a pipe that latched off due to bumpy roads.

How to Prevent Car Starter Failure?

I am a strong proponent of regular car maintenance – and because of that, I say – the best way to prevent car issues is to actually be involved with the maintenance process. But, since car health is a tedious task to keep doing at all times, some mistakes and failures slip though.

The best way to approach car starter failure prevention is to keep the rest of the starting system healthy and under check. Here are a few examples:

Replacing a Car Starter – How Often? 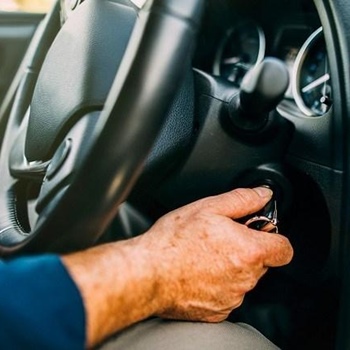 So, let’s say that your starter failed for a few times now, and you decided it is finally time to invest in a new one, or at least repair this one. Your car starter should have lasted you for at least 100,000 miles, but some vehicles have their starters last for a lifetime. The thing is, the durability of your car’s starter motor (like many other parts) heavily depends on the conditions you drive in:

Some people measure the starter durability in, well, the number of successful starts. On a standard urban vehicle, you should get around 80,000 starts. But all these stats should be taken with a grain of salt since environmental factors play such a huge role.

The purpose of these small guides and tutorials is to help you realize that there is no place for panic in the world of automobiles. Truth be told, solving a car problem on your own is a feeling you kind of get hooked on.  Besides saving money, you will save the most valuable resource there is – time. You’d be amazed by how many breakdowns on the road are falsa alarms, and issues that are resolved in the blink of an eye.

Lastly, I shared my knowledge on the topic because preventing car issues is often hidden in maintenance. Take a few hours a month to check on how your car is really doing under the hood, and I promise you it will thank you with purring and steady performance. Have fun and stay safe on the road!